[sm_hr]You are cordially invited to a Complimentary Seminar on March 14, 2017

What is Islamic Finance?
How do I finance my House in a Shari’ah Compliant way or invest Islamically
where do I go to get these services? 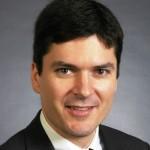 Stephen Lange Ranzini, President & CEO of University Bank, Ann Arbor, Michigan. The bank has $19.1 Billion in assets under management. He played the leading role in the acquisition of the bank in a leveraged buyout backed by Bank One in 1988 and became the nation’s youngest Bank Holding Company President at age 23.
Among his many accomplishments, he is the Founder, Chairman, President, and CEO of a university Islamic Financial, the first banking subsidiary of a U.S. bank run entirely on Shari’ah principles and manages over $750 million and originated over $ 1 Billion in Shari’ah Compliant assets. 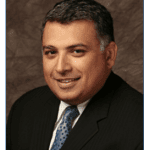 Owaiz M. Dadabhoy has worked in the financial services field for over 20 years and is currently Director of Islamic Investing at Saturna Capital, home of the Amana Mutual Funds. Owaiz is founder and president of Uplift Charity, board member of the Islamic Shura Council of Southern CA, co-founder of Crescent Food Bank, and president of the Muslim Charities Association of Southern California. He enjoys speaking on topics related to financial awareness and empowerment, and philanthropy. Owaiz, his wife, and two children reside in Southern CA. 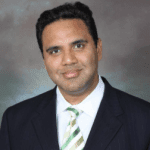 Aijaz Hussain (Speaker Bio): Aijaz Hussain has worked in the field of Investments and Islamic Banking for the last 15 years. For the first seven years Aijaz worked with UBS and Smith Barney in the area of Investment management. Areas of specialty included Islamic Investments, Hedge funds and Managed accounts. As part of the Private Client Group, he consulted high net worth clients in the areas of investment management, hedging strategies, charitable trusts and estate planning.

In 2003, Aijaz joined Guidance Residential a startup Islamic Financing company and played a major role in its growth into a $2 Billion dollar company. Aijaz was Regional Manager/Top producer in the company for 4 straight years before being promoted to Vice President Sales in 2007. At Guidance, Aijaz was part of the Senior Management team responsible for on-going operations and directing overall company strategy.

On April 1st, 2011, Aijaz joined University Islamic Financial (UIF), a Michigan based Islamic Banking Company in the capacity of Vice President National Sales. As Head of Sales his responsibilities include Sales Management as well as implementing UIF’s growth strategy and improving overall efficiency within the organization. In January 2013, Aijaz was appointed to the Board of Directors at UIF for his contribution to the company’s success. Aijaz has conducted over 500 seminars and written numerous articles on Islamic Financing over the years.