view photos from the event

About our Emerging Leaders finalists:

Mr. Michael Barakat
Michael Barakat is a Financial Advisor at Merrill Lynch. His practice focuses on guiding select families and successful businesses through all aspects of wealth management.

Mike has spent his entire professional career at Merrill Lynch, first starting as an analyst and most recently as an advisor. He is an alumnus of Indiana University, Kelley School of Business, with dual majors in Finance and Accounting. Mike is member of the CFA Institute, having completed the first two levels of the CFA exam on the first attempt and sitting for Level III in June. Mike grew up locally in Naperville, IL and currently reside in the Gold Coast neighborhood of Chicago, with his wife, Deanna.

Ms. Iba Ello
Iba Ello was born and raised in Jerusalem and moved to America to earn a Bio-chemistry degree from the University of Illinois in Chicago. She obtained a senior reactor operator certification for management and is a qualified supervisor in the nuclear industry. She is a professional with over 10 years of experience in Chemistry and the regulatory world of the EPA and NRC. Iba is dedicated to leading people, managing process and getting projects to completion.

Iba Ello enjoys balancing her career with causes and activities that are important to her. Growing up in Jerusalem she has competed on the Palestinian national swimming team. In Chicago, she has been a member of MEME performing classical Middle Eastern music since 2002. She runs with Team Palestine and completed a bunch of races including half marathons and a couple of full marathons to raise awareness for PCRF. She is also a strong member of Women in Nuclear and North American Young Generation in Nuclear organizations. A volunteer teacher with TEE, Iba is proud to support a program for teaching children Arabic language and culture.

Mr. Ramzey Nassar
Ramzey Nassar is a DePaul University Graduate who studied Entrepreneurship and Marketing. Ramzey has achieved multiple scholarships and innovation awards for his ideas from starting the first nationally recognized Arab American clothing company in the US, to several mobile and web applications that have enabled and amassed millions of users globally.

He is currently working on what some say is the next revolution in the industries of the internet of all things (IOT) and ecommerce. Ramzey is currently in stealth mode and will publicly launch his new platform in early 2018.

Ms. Lana Nassar
Lana Nassar received her law degree from the University of San Francisco School of Law in 2014. While in law school, Ms. Nassar was a Judicial Clerk at the International Criminal Tribunal for the Former Yugoslavia in The Hague, Netherlands. She also served as a delegate at the United Nations Human Rights Council in Geneva, Switzerland. Previously, Ms. Nassar was a Fulbright Scholar in Amman, Jordan where she researched the political, social, and economic status of Christians in Jordan. She received her B.A., magna cum laude, in International Relations and Political Science with a minor in Islamic World Studies from Loyola University Chicago in 2008.Currently, Ms. Nassar is an associate attorney at Blaise & Nitschke, P.C. 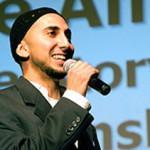 Rami Nashashibi has served as the Executive Director of the Inner-City Muslim Action Network (IMAN) since its incorporation as a nonprofit in 1997.  He has a Ph.D. in Sociology from the University of Chicago and is a Visiting Professor of Sociology of Religion & Muslim Studies at the Chicago Theological Seminary.  Rami and his work with IMAN have been featured in many national and international media outlets.

In 2014, the Center for American Progress profiled as one of the “14 Faith Leaders to Watch in 2014” and he was named one of the “500 Most Influential Muslims in the World” by The Royal Islamic Strategic Studies Center in concert with Georgetown’s Prince Alwaleed Bin Talal Center for Muslim-Christian Understanding. In 2016 Rami was appointed by President Obama to serve on the President’s Advisory Council on Faith-Based and Neighborhood Partnerships.