For Women’s History Month, The Arab-American Business and Professional Association wanted to do more than simply reiterate our organization’s commitment to uplifting women in the community; we wanted to honor a cohort of trailblazing and successful women who are leading the way in working with young women entrepreneurs and community leaders to help them achieve their professional goals.

ABPA is proud to introduce the emPOWER 10, a group of talented and inspiring Arab-American women at the top of their respective fields. Selected by an all women panel of ABPA board members, they serve as role models and mentors for young women in business, education, philanthropy, medicine, and political activism. All of them have overcome numerous obstacles to rise to the top of fields where representation of Arab-Americans, and Arab-American women, is either too low or entirely non-existent. 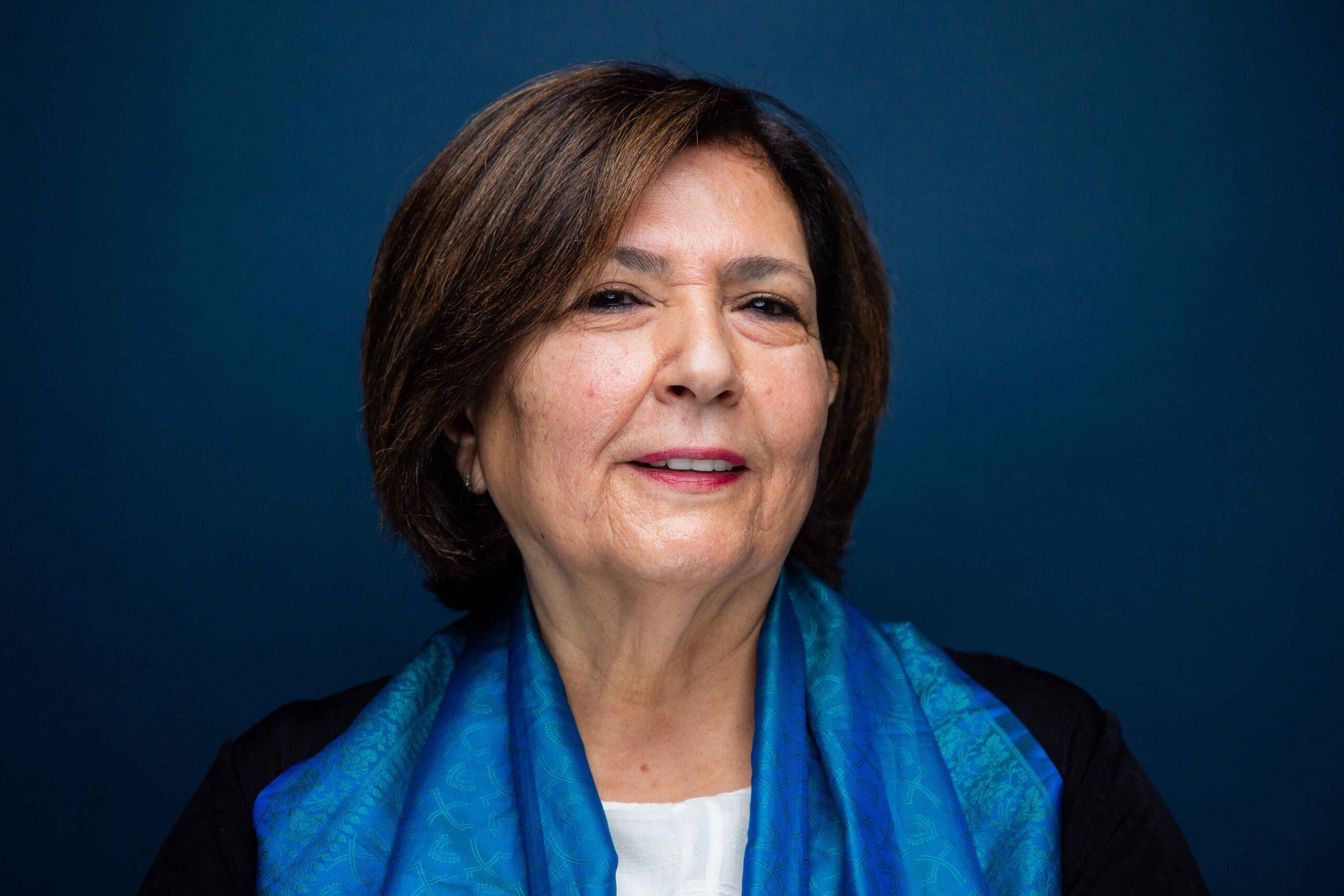 Camille Odeh is a lecturer in social work at Chicago State University and Saint Xavier University. Prior to her role as a lecturer, Camille served as the Executive Director of the Southwest Youth Collaborative (SWYC) a cross-cultural intergenerational community-based organization. Before that, she was a part of the administration of Mayor Harold Washington, working in the Department of Human Services and Strategic Community Services. Camille has over 35 years of experience working in communities with both non-governmental and governmental organizations.

Camille has served her community in several civic and professional organizations including the Arab American Community, Rainbow Push, Leadership Chicago, Metropolitan Family Services Advisory Council, Chapin Hall Center for Children, Americans for Justice in Palestine, AMVOTE, and at the Marjorie Kovler Center. practitioner on a range of community human rights and policy issues locally and globally. Camille is a graduate University of Chicago, School of Social Service Administration. 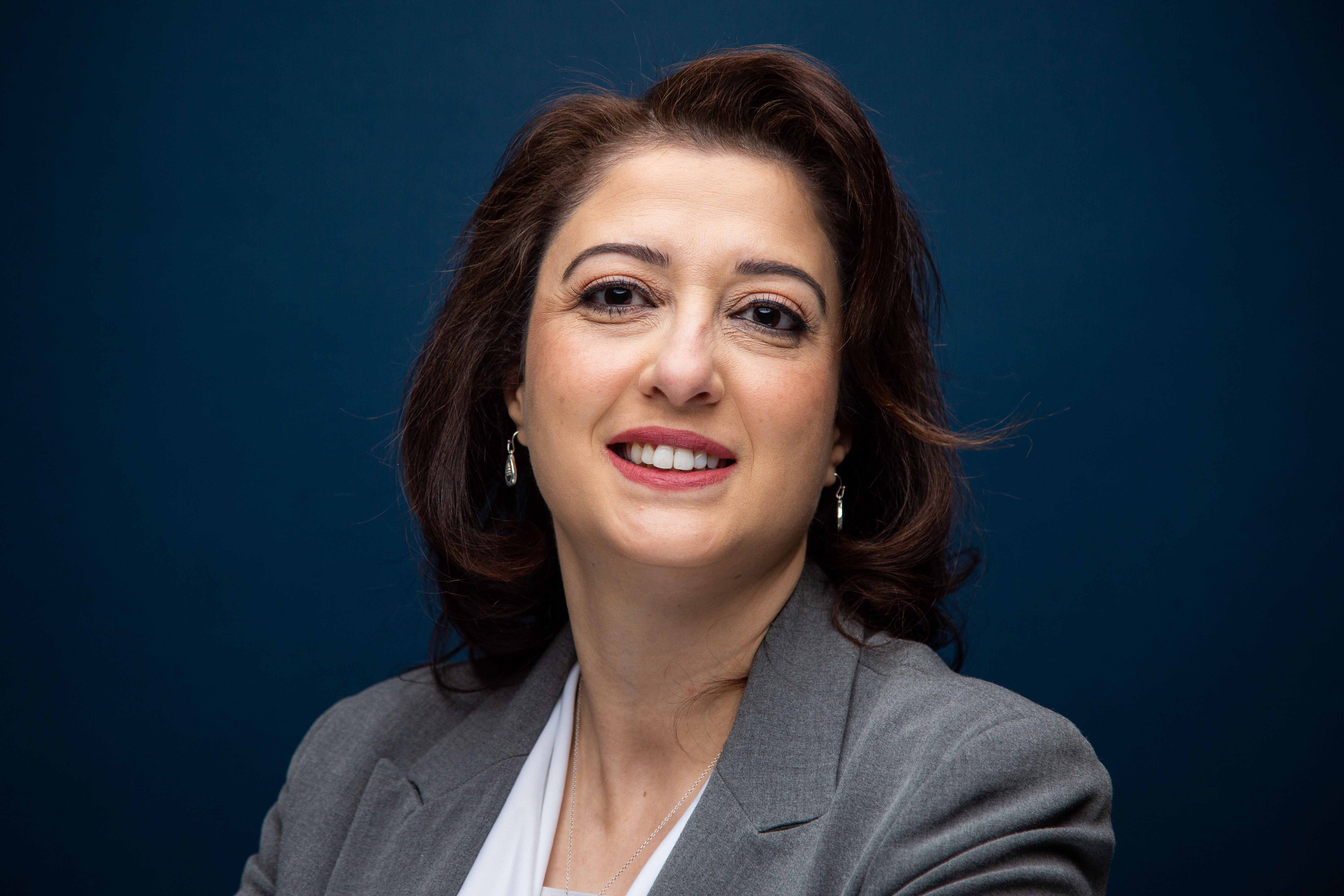 Dr. Abir Othman is the Principal of Andrew High School in Consolidated High School District 230, where she has served the last 18 of her 24 years in education. Prior to her role as Principal, she served District 230 as Associate Principal of Curriculum and Instruction and Student Services, Head Dean of Students at Stagg High School, and Dean of Students at Andrew High School. Before that, she was an English teacher, academic advisor, and administrator at the Universal School in Bridgeview. She was named by the Illinois Principals Association as Assistant Principal of the Year for 2020, IPA South Cook Assistant Principal of the Year in 2019, Administrator Support Award for Illinois High School Theatre Festival in 2017, and Outstanding Activity Director Award for the Illinois Directors of Student Activities in 2016.

Outside of her career in education, she serves on the Board of Directors for Arab-American Family Services in Worth. Dr. Othman received a Doctorate in Educational Leadership with Superintendent Endorsement from the University of St. Francis. She earned a Master of Arts in Educational Administration from Lewis University and a Bachelor of Arts in English Secondary Education from Governors State University. 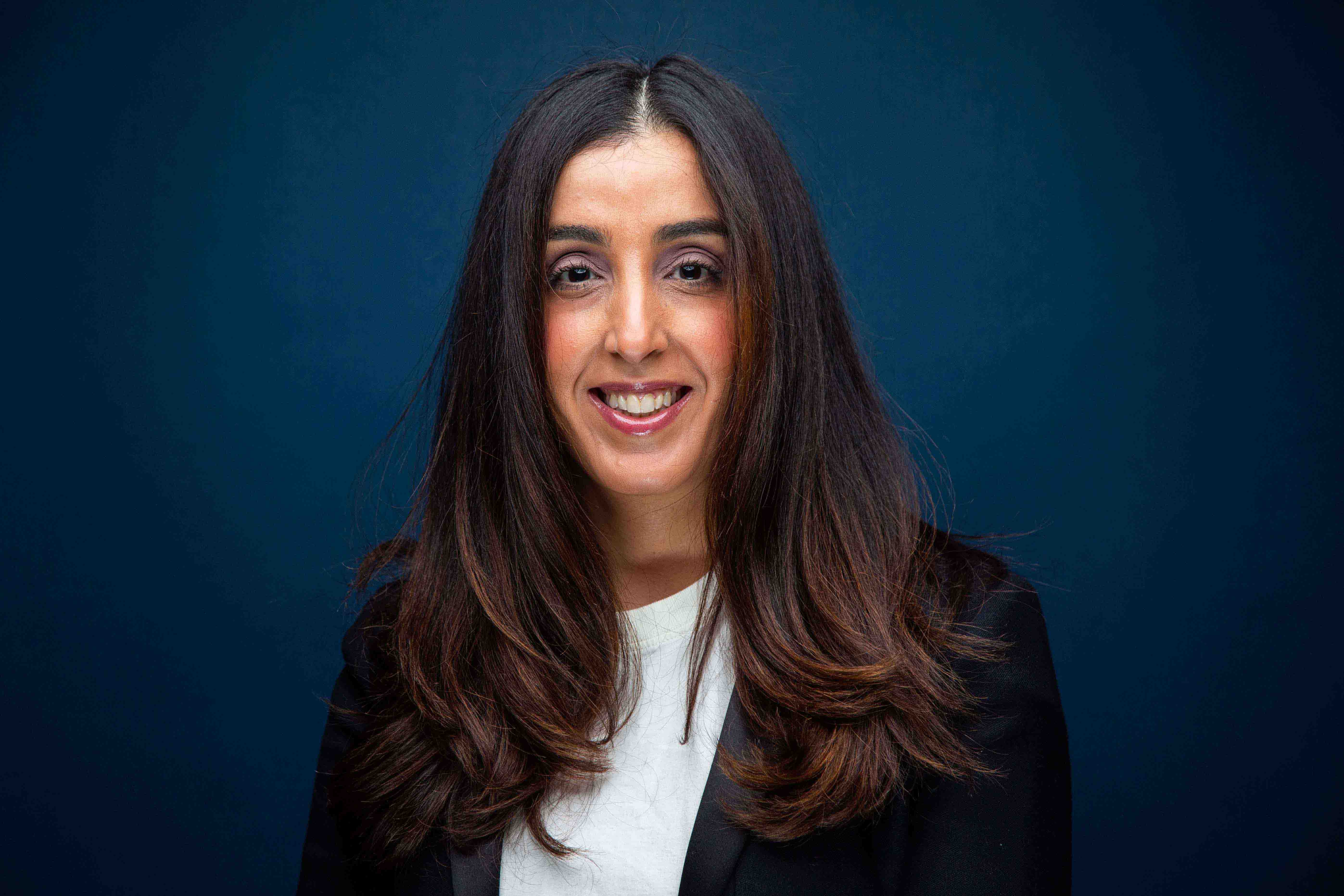 Hanah Jubeh is the Founder & CEO of P2 Consulting, where she serves clients with an all-in approach to political strategy and advisory. She has managed dozens of political campaigns at the municipal, county, state, and federal levels managing upwards of 75 employees at a time. Prior to starting P2, Hanah served as the Director of Political Affairs for the Chicago Federation of Labor, AFL-CIO for 10 years, where she led and managed the political, legislative, and organizing campaigns for the CFL. She began her career in government working for the City of Chicago.

In addition to running a business, Hanah brings her unique skillset for fundraising and management to philanthropic efforts throughout Chicago, including volunteering on the Chicago 2016 Olympic Committee as well as serving on the board of the Illinois Women’s Institute for Leadership, and co-chairing the IWIL Fundraising Committee. She is a member of Team Palestine for the Palestine Children’s Relief Fund, raising funds to provide medical services to Palestinian children in need. A lifelong resident of Chicago’s South side, Hanah attended St. Xavier University. 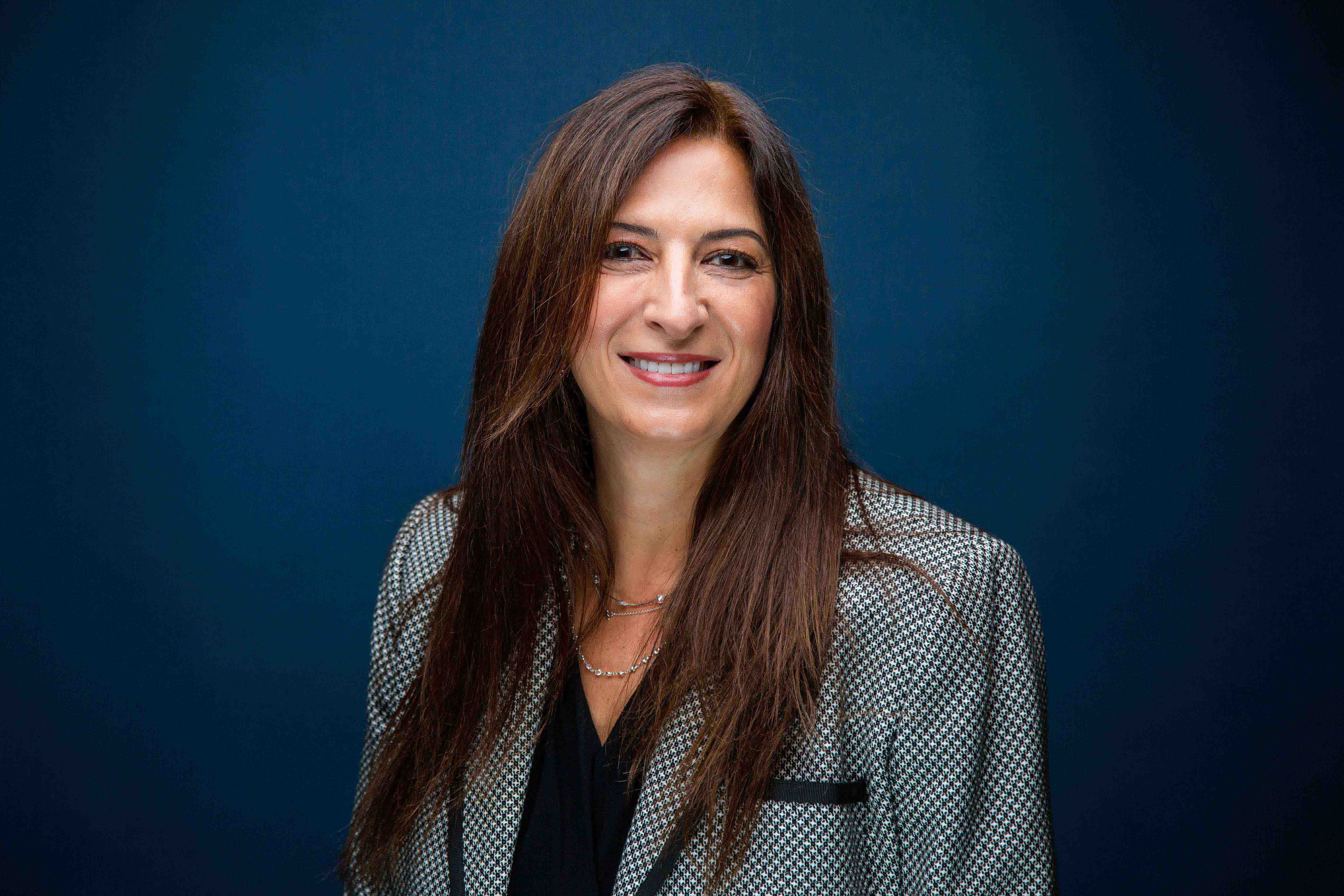 Julie Holzrichter is Chief Operating Officer at CME Group, the world’s leading derivatives marketplace. Prior to her appointment as COO, she held a succession of roles of increasing responsibility in operations at CME Group, where she has led the integration of global operations for several multi-billion-dollar mergers and acquisitions throughout her tenure.

Julie serves on the board of Constellation Energy and the board of the National Futures Association. She previously served on DePaul University’s Finance Advisory Board and DePaul’s Center for Risk Management Advisory Board. She was named as one of Crain’s Notable Women in Finance in 2019, one of the Illinois Diversity Council’s Most Powerful and Influential Women in 2016, and was recognized as DePaul’s Financial Woman of the Year in 2015. 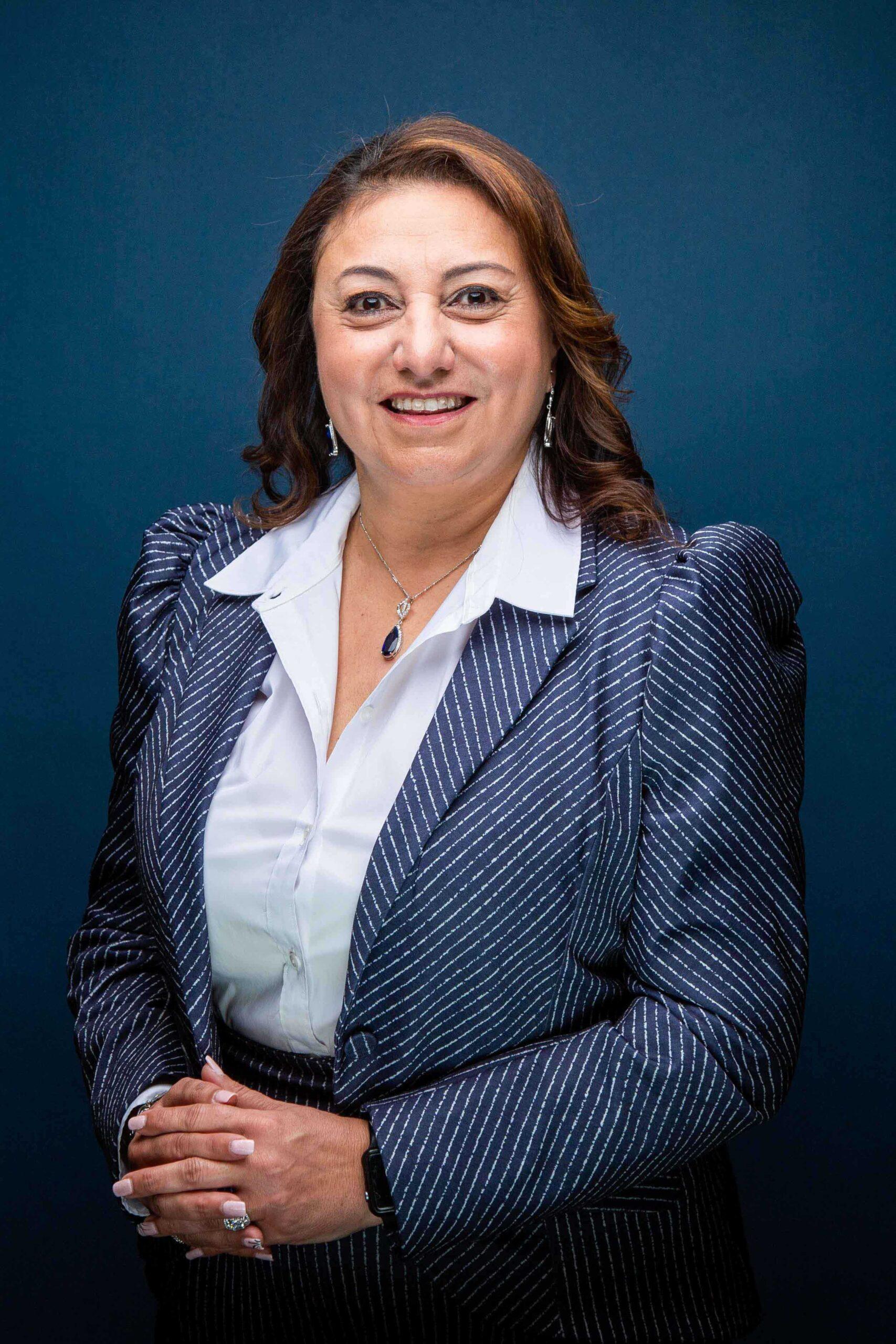 Mary is a three-time recipient of the Coordination of Parent and Groups for Educational Efficiency (CAPE) Award, having received the award in 2013, 2017, and 2019. In 2018, she was named Bolingbrook’s Female Citizen of the Year. Mary and her husband, Dr. Emad Basta, moved to Bolingbrook in November 2003 with their sons, Peter and Benjamin. Mary attended the American University in Cairo, where she studied Mass Communication and Media and later attended Tennessee State University, where she studied Hospitality Management. 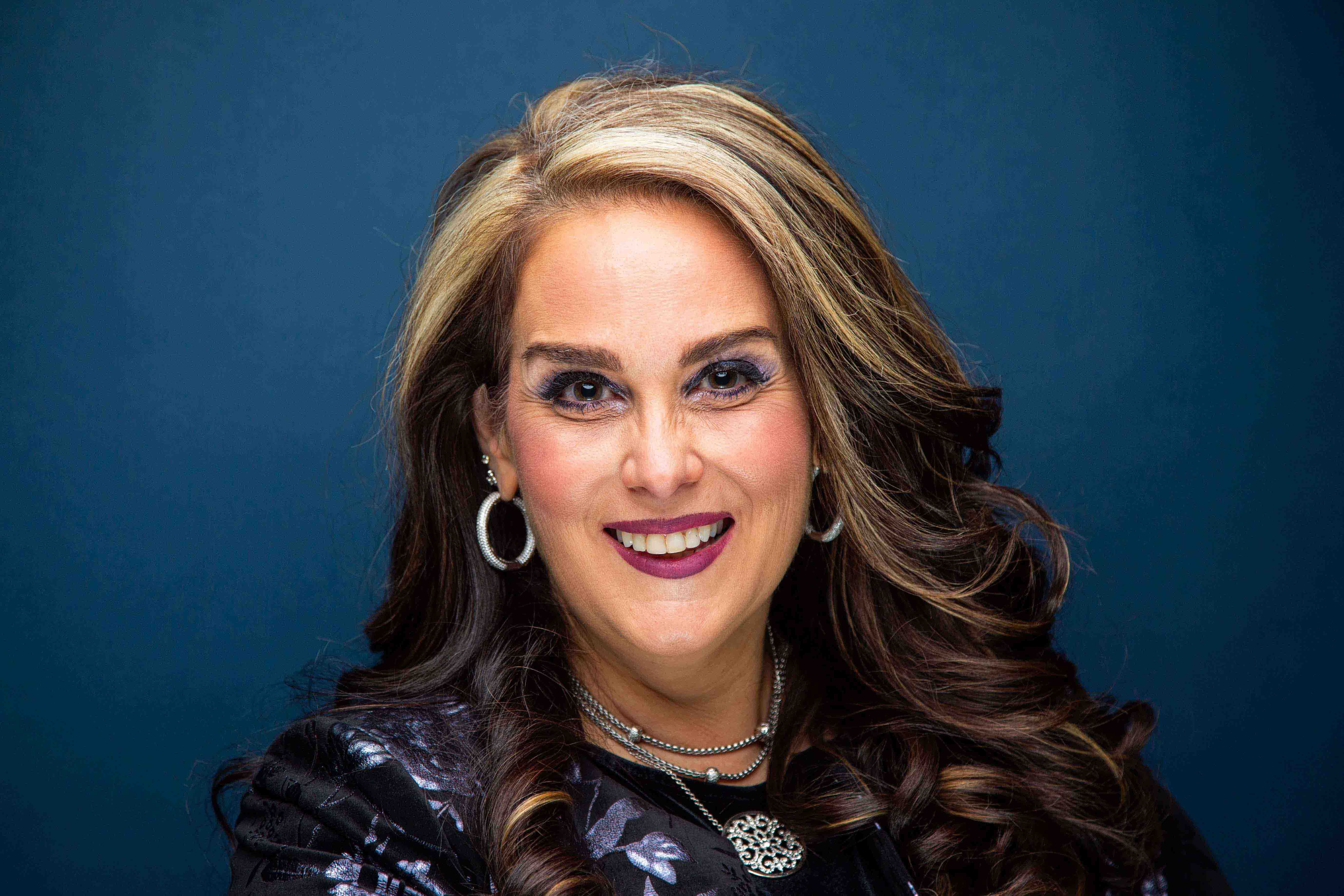 Merry Kweiter is a Managing Director with Deloitte Consulting. In her role, she focuses on large-scale, multi-disciplinary business transformation enabled by SAP. With over 27 years of consulting experience, she has worked across North America, Europe, Latin America, and Asia Pacific as a trilingual first generation Syrian-American.

She is a member of Deloitte’s Middle East and North Africa (MENA) Community and serves as an Ally to all Communities. She recently served as the leader for Diversity, Equity, and Inclusion and is currently serving as the Chief Talent Officer for the SAP Practice. Merry is passionate about paving the way for future talent in Consulting and STEM with a focus on creating spaces that invite belonging, creativity, and innovation. She collaborates with her alma mater, St. Louis University, through innovative recruiting efforts and serves on the Board of Trustees of Ursuline Academy in St Louis. 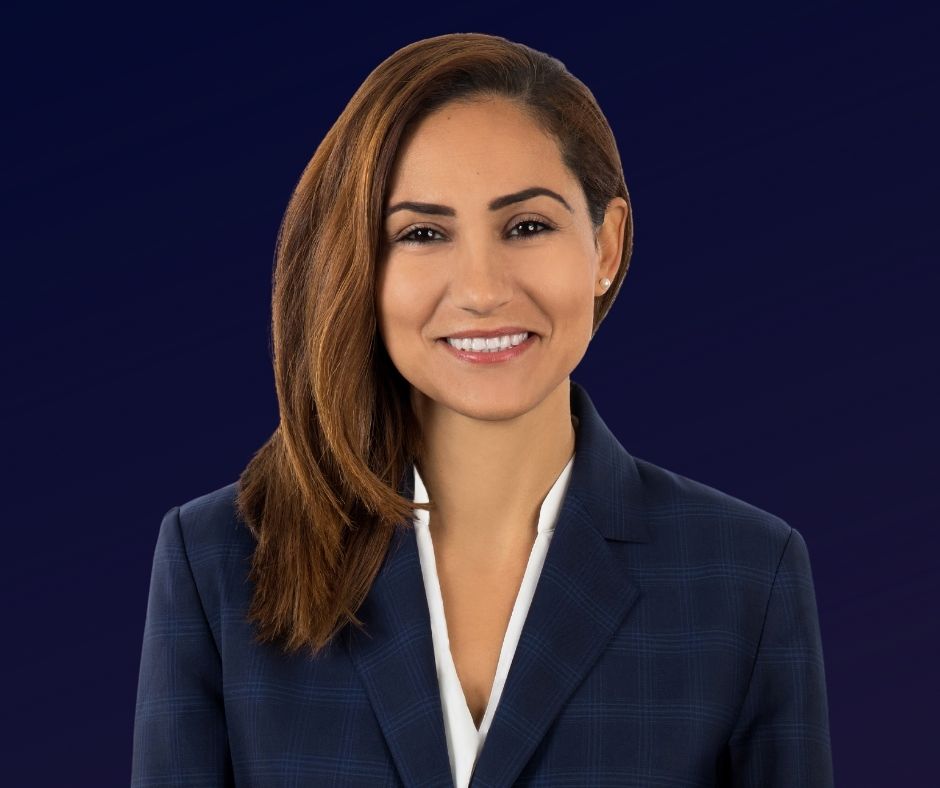 Noha Elshareif-Taha is the Chief Strategy Officer and Founder of Sage Private Wealth Group, which she founded alongside her husband, Khaled Taha, in 2010. At Sage Private Wealth Group, she is responsible for devising and implementing the firm’s long-term growth goals, objectives, and plans. Prior to that, she worked as a management consultant at Deloitte and in Data & Analytics roles at Scotiabank in Toronto, ON.

Outside of her career, her passion for philanthropy and artistic expression has led her to support the creation of the films “Pioneer High” and “Marjoun and the Flying Headscarf” as a producer. She has also sat on the Board of YWCA of Toronto, served as an Executive Board Member of the Center for Arab American Philanthropy, Executive Director of the Chicago Palestine Film Festival, and has represented the World YWCA at the United Nations Commission on the Status of Women. Noha was born in Abu Dhabi, UAE and raised in Canada. She moved to the Chicagoland area with her husband in 2010. She studied Statistics and Economics at Western University in London, ON. 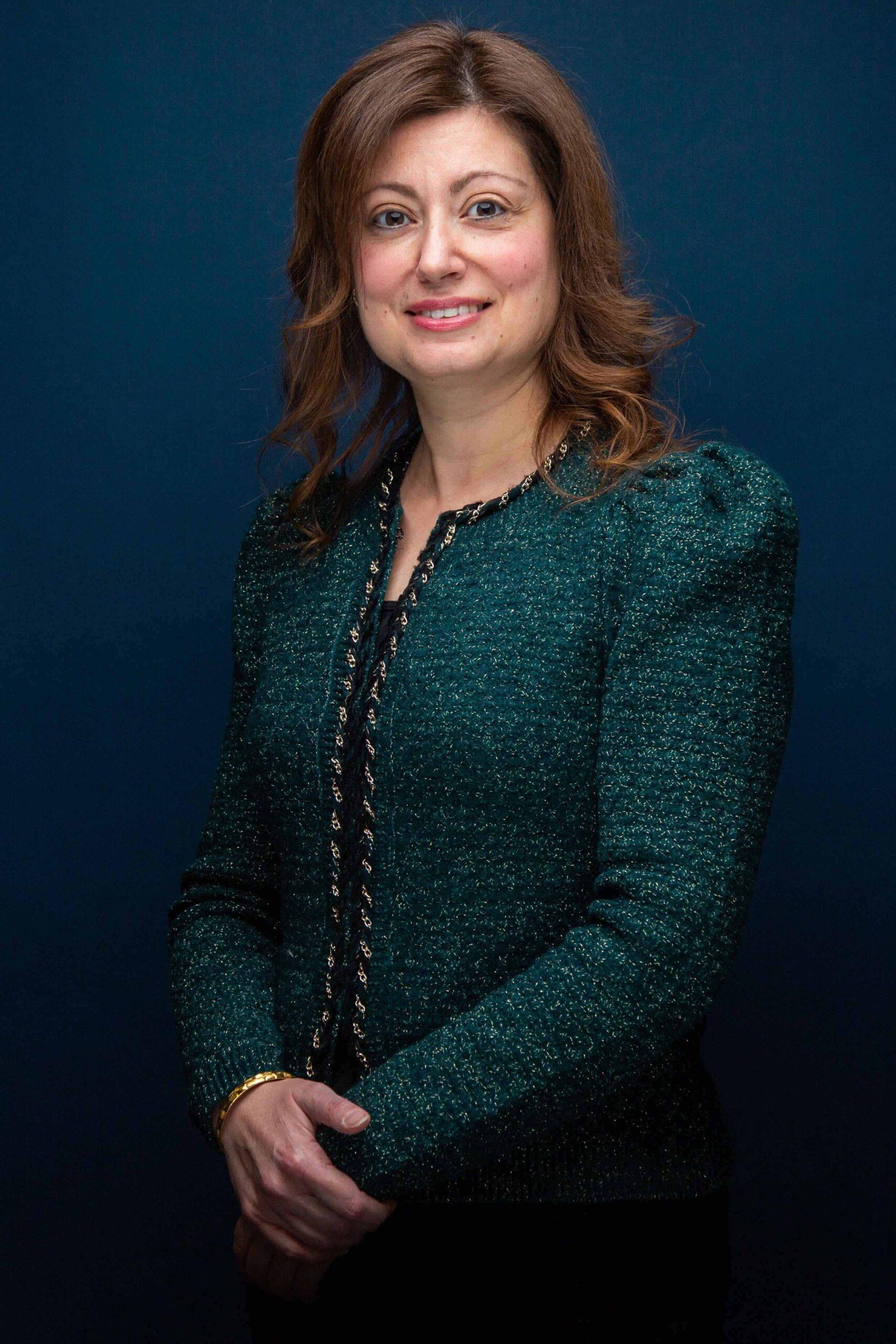 Rolla Sweis is Vice President of Operations for South Chicagoland Advocate Hospitals, where she is responsible for optimizing hospital operations, improving staff and patient engagement, growing clinical and surgical services, and leading multiple design and construction projects. As part of her role overseeing operations for the system, she was instrumental in the planning and implementation of two mass COVID-19 vaccination sites for the hospital system. Prior to her current role, she served as Vice President of Operations at Christ Medical Center after serving in a number of pharmacy roles in the Southland. More recently, Rolla has served on the boards of MedGlobal and Live4Lali and as an Advisory Board Member for Health Connect Partners. Rolla holds a Doctorate of Pharmacy from the University of Illinois and a Masters in Organizational Leadership from Lewis University. She is a member of ICHP, ASHP, and ACHE. 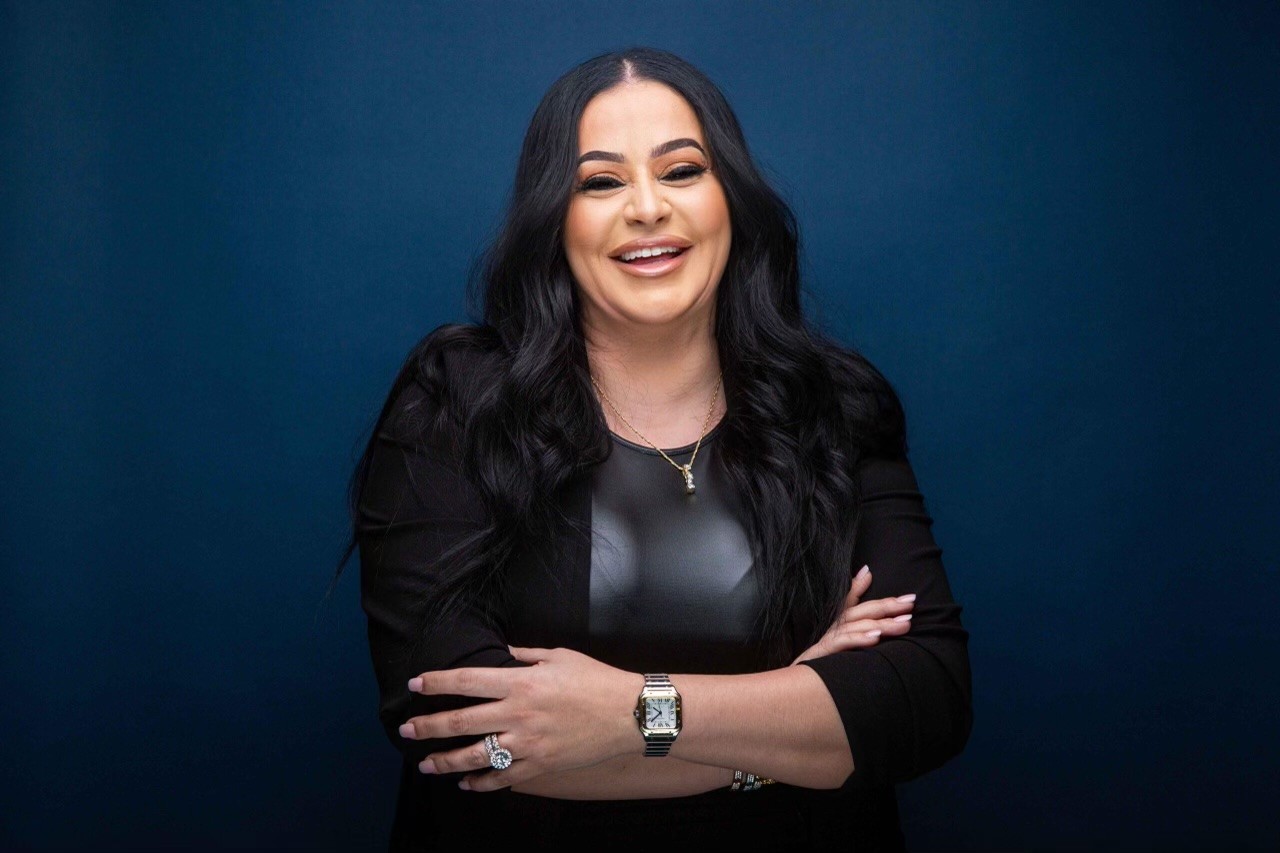 Suheir Barakat is the owner of S2 Express Grill and is the leading women’s party promoter in the Chicagoland area. Prior to launching a chain of restaurants, Suheir worked in the consumer hospitality business for over 15 years with several large multinational companies. Outside of the consumer hospitality business, Suheir and her husband, Andre, opened and managed several successful nightclubs in the Chicagoland area. 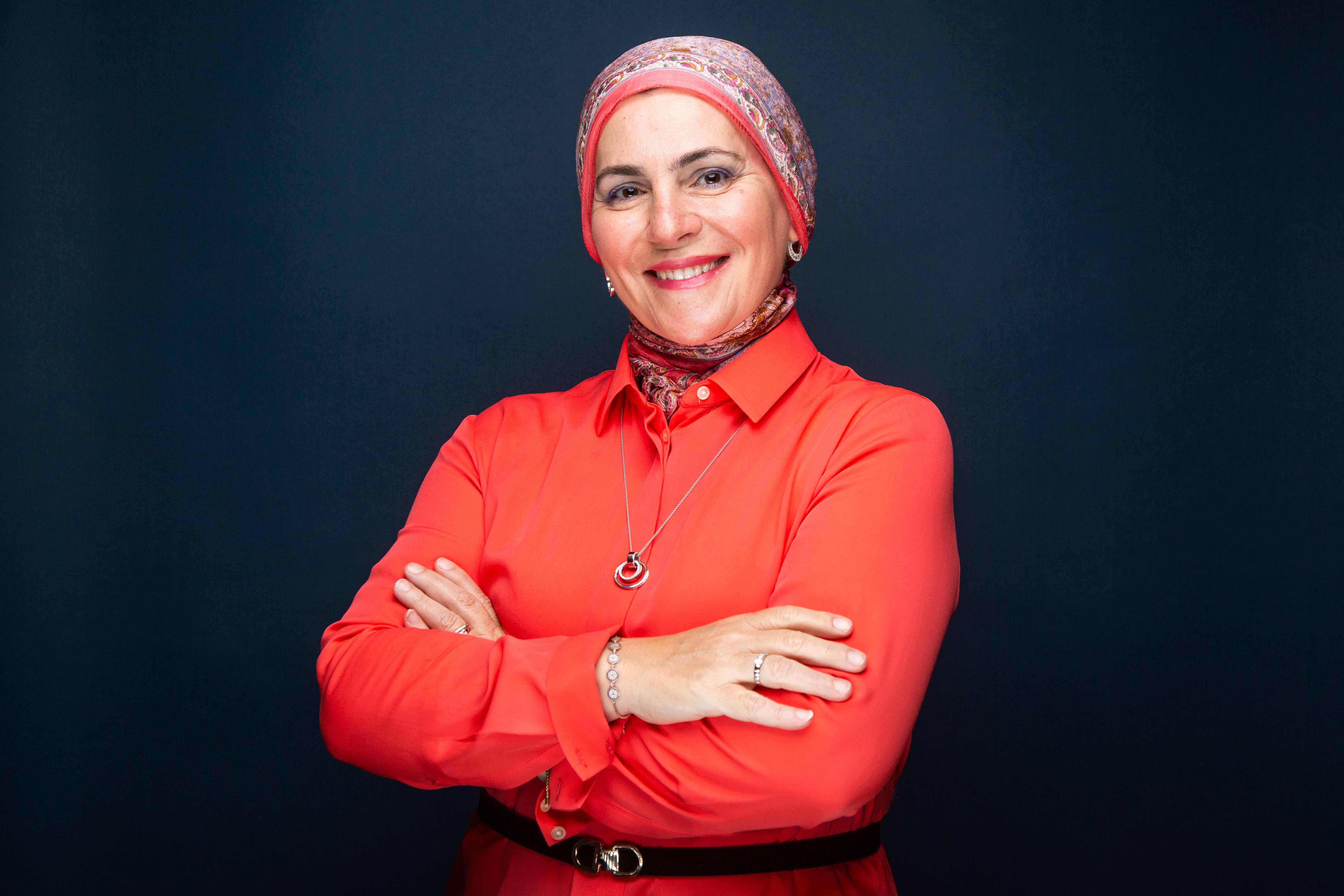 Suzanne Akhras Sahloul is the Founder and Executive Director of the Syrian Community Network (SCN). Under her leadership, SCN has grown exponentially to become a strong voice for refugee and immigrant rights through community-based refugee support and working in partnership with local and national refugee, immigrant rights, and faith-based organizations. Suzanne has led several community-based foundations and raised funds for many causes in Chicago and in Syria. In recognition of her work, she has received the UNICEF Chicago Humanitarian Award, the Illinois Coalition for Immigrant and Refugee Rights’ Annual Humanitarian Award, and was inducted into the Moraine Valley Community College Alumni Hall of Fame in 2020 for her work with SCN. Suzanne has also served as a PTA President and a Board Member at the Universal School. She studied Nonprofit Management and Leadership at Lewis University and the Kellogg School of Management at Northwestern University. She is married with three children.