Honorary Chair, Senator Dick Durbin and the Board of Directors invite you to the Annual Awards Dinner 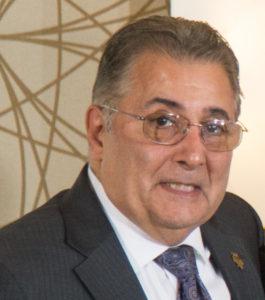 Hon. William J. Haddad
ADR Systems Of America
Senior Mediator/Arbitrator
Hon. William J. Haddad retired from the bench in 2013 where he served as a Jugde for the Circuit Court of Cook County for over a decade. He received his B.A. at Marquette University and his J.D. from DePaul University College of Law. He began his legal career as an Assistance State’s Attorney of Cook County, and later was a founder partner in the law firm of Haddad, Schlack & Associates. Prior to his judicial appointment, Judge Haddad had been a trial lawyer with more than 30 years of litigation experience. In 1990, he was the founder and first President of the Arab American Bar Association of Illinois. 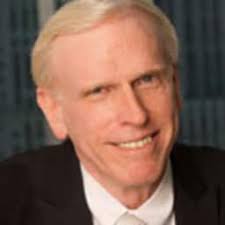 Oliver Nicklin
First Analysis
Founder & President
Oliver Nicklin founded and is president of First Analysis. Prior to forming First Analysis, he worked at William Blair & Co. as a chief operating officer, director of research, and an investment analyst. He also founded the First Analysis Institute of Integrative Studies, a not-for-profit educational institute, which co-sponsors interdisciplinary seminars and research with universities including Loyola University Chicago, Catholic Theological Union, University of Chicago, and the University of Illinois at Chicago.

In addition to serving on many corporate boards, he has served on the boards of the Field Foundation, the Regenstein Foundation, the Finance Council of the Archdiocese of Chicago, the Midwest Palliative & Hospice CareCenter, the University of Chicago Divinity School’s Advisory Council, and the Illinois Technology Fund. He earned an MBA from Harvard University and a BS in chemical engineering from the University of Texas. Mr. Nicklin was the recipient of an award from the Council of Religious Leaders of Metropolitan Chicago for his outstanding support of the “In Good Faith” program at the Catholic Theological Union.

Platinum Sponsor ($5,000)
2 Tables of Ten strategically placed
2 minute at the podium or 2-minute video (if desired)
Recognition from podium
Signage at the entrance
Full-page ad in the program book

Gold Sponsor ($3,000)
Table of ten, Special location
Recognition from podium
Signage at the entrance
Full-page ad in the program book

Table Sponsor ($1,250)
Table of ten
Listing in the program book